Seminar: "How Green is German Agriculture?"

For the first time in the history of the International Association of students in Agricultural and related Sciences (IAAS) Germany the two existing committees of Bonn and Hohenheim organized a joint event. The seminar with the topic “How Green is German Agriculture?” was hosted at the beginning of May and supported by our great sponsors. It took us from Stuttgart in the southern part of Germany to Bonn in the western part and we were glad to host 30 students from Spain, Switzerland, Germany, Greece, UK, Russia, Georgia, Bangladesh and the US.

Due to the fact that not only the European Union is changing its agricultural policy, also IAAS Internationals topic of the year is „Greening Agricultural Policy“ IAAS Germany decided to show a possible implementation of the new agriculture policy at the example of Germany’s multifunctional agriculture sector. To do that we visited different farms and companies working in and close with the primary sector to understand how they are dealing with the ongoing and upcoming changes.

All the participants arrived in good order and on time. As they were very curious to see the university we launched a scavenger hunt in the main yard of the Hohenheim castle, where the participants had to answer questions about Germany and the region of Baden-Württemberg. To make the international participants familiar with German eating culture we ended the day with a barbecue with typical German food.

In the morning we visited a farm in the Filder region which is owned by the family Bayha. We started with a tour through the storing and the processing halls. After that we drove through the fields and made several stops and Mr. Bayha gave us first-hand information of the crops which his family grows. Subsequently we had a snack with all the different kinds of vegetables grown on the farm.

In the afternoon we had the opportunity to visit the “Deutsches Landwirtschaftsmuseum” in Hohenheim. Our guide showed us different examples of dried cereals and our foreign visitors had to determine the different varieties. After that we received a brief introduction into the history of tillage and the different construction types of ploughs.

In the evening we went to the “Volksfest“ which was a pleasant surprise for the participants.

Before the visit of the breeding company KWS in Gondelsheim we passed Maulbronn on the way from Stuttgart-Hohenheim. There we had a guided tour through the Maulbronn monastery, a well preserved medieval Cistercian monastery, which nowadays is part of the UNESCO World Heritage. According to the story we were told there, this is supposed to be the place where the famous German „Maultasche“ has been invented.

In the early afternoon we traveled to Gondelsheim to visit the maize breeding department of the Kleinwanzlebener Saatzucht AG. Dr. Kreps prepared a very interesting lecture about hybrid maize breeding for us. First he gave general information about the company and the crops they focus on. Then he explained the structure of a hybrid maize breeding program: inbred line development with a special focus on the double haploid technique, testcross seed production and hybrid performance test. After

Dr. Kreps lecture we had the opportunity to get a tour around the breeding station. We were impressed by the enormous amount of work which stands behind the breeding and the friendly working atmosphere in the company.

After a one hour drive we arrived at our group house in the middle of a forest which belonged to the skiing club Mannheim. That evening the participants had the opportunity to learn how to make one of the most famous traditional German dishes, especially in the Swabian region: “Käsespätzle“ with lots of onions. Of course everybody loved it!

On the next morning another highlight awaited us: a visit to the John Deere factory in Mannheim – Germany’s biggest manufacturer of agrotechnology. After a short overview of the factory we received a guided tour through the impressive production halls. We were able to get a deeper insight into the manufacturing of gearwheels, the engine manufacture centre, the assembly of transmissions and the final assembly. In the end we visited the John Deere Forum and had a lecture followed by a discussion about “Sustainable Agricultural Energy - Supply and Consumption Concepts” where we got an idea of future engines running on alternative fuels.

Our next destination was BASF the worlds largest chemical company, headquartered in Ludwigshafen. Before our visit to the chemical plant we were warmly welcomed in the agricultural center ”Limburgerhof” of BASF. There a presentation was given about the structure of the company, especially the agricultural division was presented to us. Thereafter we were given a very interesting insight into the production of pesticides and had a unique view into the greenhouses and other facilities. The participants were impressed on how this large company puts a lot of effort into plant protection research.

Afterwards we visited the chemical plant which is situated next to the river Rhine. With its uncountable pipelines and an area as big as 1’400 football fields its the largest chemical plant in the world, we got to know. Fortunately we visited it by bus.

Back in our accommodation the president of IAAS International, Genna Tesdall, introduced our new members with a short presentation on IAAS. Later we enjoyed the evening and had interesting conversations about the different agriculture standards of the participants countries of origin.

The second part of the seminar took place in North Rhine-Westphalia and should show the participants the contrast of the the large-scale agricultural production and research to a smaller scaled production and focus on organic production in order the answer the question on how green German agriculture is?

Thursday, May 8th “Food through Recycling”

Our next destination was Cologne. The drivers decided to take a narrow but beautiful road along the river Rhine, where we saw lots of castles, wine yards, ships and picturesque villages. After the arrival in Cologne at noonday, we visited the German Aerospace Centre (DLR) for a presentation by Dr. Jens Hauslage, a scientist leading the research project called Combined regenerative organic food production (C.R.O.P.). An interesting lecture in which Dr. Hauslage vividly illustrated his vision of closed nutrient cycles and new composting systems based on water was followed by a fascinating insight into his laboratories. There we were shown how his ideas with water as the ‘new soil’ for hydroponic plant breeding systems in combination with a special bio filter system work.  After arriving to Bonn in the evening, we shared a nice time getting to know the committee from Bonn while we enjoyed a tasty meal at a typical German restaurant. In the evening we went on a little sightseeing tour through the city center to add some more cultural activities to our seminar.

The next morning we started early in order to drive to the Eifel, where we visited the only hop plantation ‘Hof Dick’ in Rhineland-Palatinate surrounded by a beautiful landscape.  At the plantation we were introduced to the history of the famous German hop production and were shown around the farm. In addition, we gained a lot of new knowledge about the biology of hop plants, the features of how to grow and harvest them. At the end we were invited to taste „the best beer in the world called Bitburger“, accordingly to the producer.

So close to the border, the participants convinced the organizers to make a quick stop in Echternach a small but very charming town in Luxembourg.

For the second part of our program we travelled to Hennef where we visited the ecological research farm ‘Wiesengut’ of the University Bonn. We gained insight into numerous different aspects of organic farming - not only during a guided tour through the stables and fields but also during the following thought-provoking discussion with Dr. Neuhoff.

We were able to ask all our questions, from cultivation methods to the future of organic agriculture in Germany and worldwide.

In the evening our mandatory IAAS-‘Trade Fair’ took place on a romantic camping site where we spent the night. Eight different countries presented their traditional food and drinks as well as traditional clothing filling the evening with wonderful new flavors for our taste buds and invigorating ideas for our minds as a lot of interesting conversations were held. It was a complete success.

Saturday, May 10th “Research for the Future”

Saturday - the official last day of our seminar - started with a visit to the research station ‘AgroHort’ of the University Bonn close to Meckenheim. We were given an informative presentation about the developments at this station and recent research projects, at which we later took a closer look.

The main topic of that day was ‘renewable energies’, so we saw several energy plants for Miscanthus, popular trees or Paulownia wood grown in Meckenheim.

We were introduced to the entire process - from cultivation, harvesting and drying to the final use of the product, i.e. in the form of pellets, bioplastic or window frames.

It was very impressive to see the high potential that is hidden behind the use of renewable energies, especially for the future of our energy supply, and the participants thought that it is good that there is an increasing demand for research in this field.  Afterwards we were able to take a look into other very modern

greenhouses, where not only their function was explained, but also the running experiments inside as well.

The last seminar point helped us properly conclude the cycle of our program as we gained an insight into the greenhouses of Dr. Hauslage, who works cooperatively with the University of Bonn and ‘AgroHort’, this way making one last connection to the research project he introduced to us on Thursday.

We sure got a great impression of German agriculture during this week but not only were the participants given an idea on how green German agriculture is, thoughts were exchanged, new friendships were made and different cultures exchanged. To sum up we would like to quote one of the participants: „It was probably the the most intensive and informative week of my life“.

IAAS Germany would like to thank all the participants for their great interest and motivation during this seminar.

It is beyond all doubt that this seminar could not have been arranged without the generous help of the sponsors and the University of Bonn and Hohenheim, whom we would hereby like to thank: 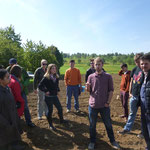 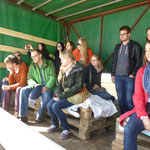 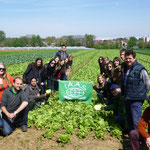 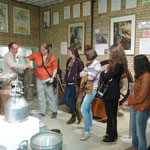 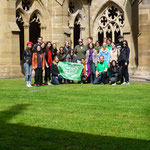 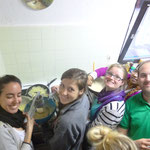 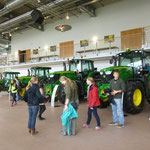 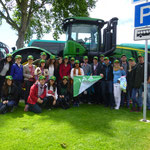 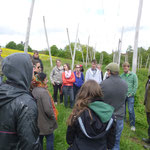 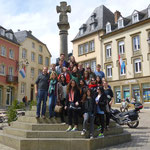 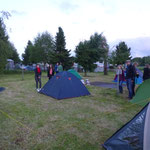 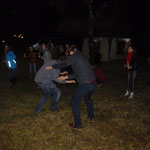 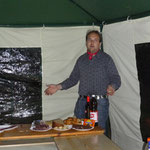 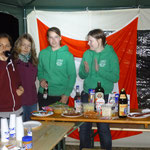 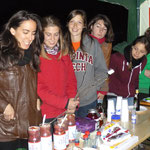 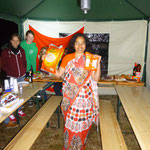 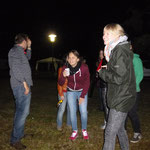 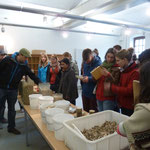 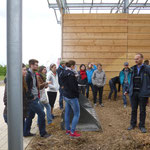 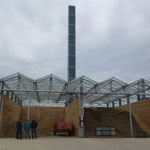 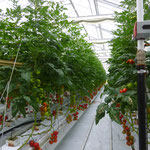 There are no comments yet.

You can do it, too! Sign up for free now at https://www.jimdo.com